Oh, the glory of running in the sun!

We saw a youngish musher fly by with his sled team about a half mile from the trailhead, wish I could have gotten a picture but I think it was this guy: 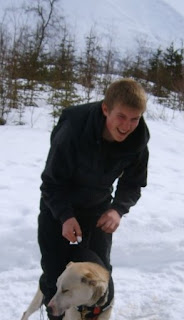 Travis Beals, who came in second in the Junior Iditarod two years ago. It’s his dream to run the regular Iditarod race (I did a story on him and he’s a really cool kid). Didn’t have a chance to yell hello because he was mushing his dogs toward the river and I was trying to hold back Beebs, who wanted to run with those sled dogs more than anything, bless her poor, old 11-year-old heart.

After Beebs calmed down, we continued running toward Bear Lake, an 8 mile RT run. What a gorgeous day. 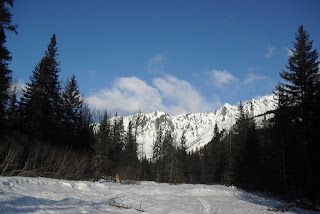 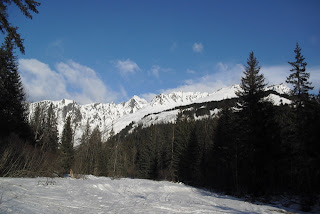 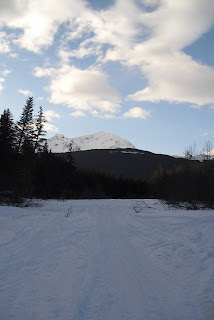 The way back was faster, why is that? Why is the return run always easier and faster?

As I ran I thought of the charactes in my new novel, I thought about problems I’m having at work, I thought about how wonderful it is to have 8 miles of nothing in my head but my own thoughts: No iPod or computer or email or Facebook or phone calls or text messages, nothing but the dog and the silence and the mountains and the trees and the luxury of my own selfish mind.

After I got back to the house and changed my clothes, I had to drive to the gym and do this: 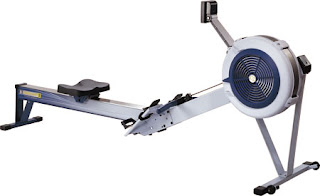 Yep, I had to row for 30 minutes so that I wouldn’t embarrass my team by slacking off on the first day of the Iditarow (We’re the Rowbuts, get it? We’re sponsored by a fishing company–Halibut, Rowbuts?).

The Beebs is collapsed on the floor, dreaming doggy dreams after a nice supper of brown rice and tuna. And me, I’m gonna curl up with a book and read for a few hours before buckling down and getting some much-needed work done.

Reading: “The Girl Who Could Fly” by Victoria Forester. I’m kinda stuck in a young adult novel mode.