I didn’t have to work today. I was granted an unexpected day off. Like a pardon.

So I spent the morning in an online shopping frenzy for new running shoes. Because you can never have enough, right?

Imagine my excitement when I found a super bargain (like, less than half price) for my particular model (Hoka Challenger ATR), and in my size. And color choice.

But alas, the site’s “free shipping” policy turned out to be a fabrication. Because, like so many places, they don’t offer free shipping to Alaska; only to the “continental US.” 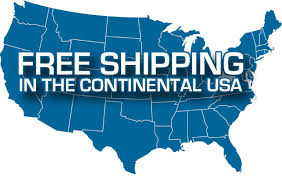 What the hell does that even mean?

So I looked it up, and this is what Wikipedia says (and we know Wikipedia never lies):

Hello, Alaska is located on North America. It even connects with the rest of the country; you just have to travel through Canada a bit to find us. (And P.S., if you ever do drive through Canada, be sure to stop at a small diner and order pancakes. They are huge, each one the size of a dinner plate. Which makes traveling through Canada a small and worthy pleasure.)

See! We’re part of North America! We exist! We’re not an island floating mindlessly around the Pacific.

Stuff like this burns me up. Sometimes I ship to my sister in Philly and she ships it back up to me and it’s still cheaper than the “standard” Alaska shipping.

Now, if my sister can ship it on the cheap, why can’t an online running store?

Needless to say, I didn’t buy new running shoes. Which makes me feel a little sad, as if I’ve lost something even though they were never mine to begin with plus I already have more than enough running shoes.

Still, I wish that companies didn’t treat Alaska as if it were divided from the rest of the country. Often times, and especially in the current political arena, I wish that we were divided and separate. But we’re not and, damn it, we want the same free shipping perks as the rest of America.

Now I’m heading out to the trails to run off my frustrations because, you know, dirt and mud and trees and mountains and sky = complete bliss.