This past weekend we pulled on our boots and warm coats and ventured out to the Campbell Tract trails to watch the Fur Rondy World Championship Sled Dog Races.

We walked back into the woods and stood at the side of the trail, no one else around. Everything so quiet; we could hear snow fall off the spruce branches, that small sound like an escaped sigh.

Then we waited. We stood in ankle-deep snow and waited for the soft thump of sled runners over the snow. We waited for the dark movement of dogs ahead and then that sudden motion as a team crested the curve and ran towards us. 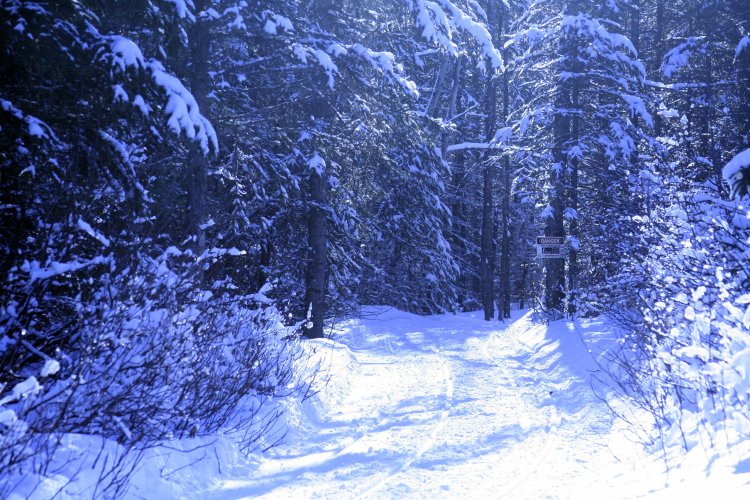 Where we stood to watch the races. The sign says: Danger, Sled Dogs Only

I wish I could describe how this feels, how big it all is and yet how quiet, the team running closer and closer until you can see the dogs’ faces, their tongues hanging out, their eyes wild, the sounds of their feet landing on the snow, followed by the musher on his or her sled. We were so close we could have reached out and touched them but instead we cheered them on, we lifted our voices and celebrated each one. 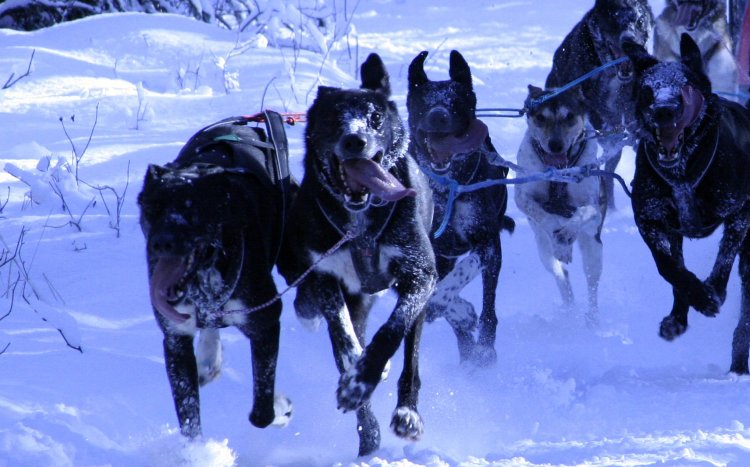 This is one of my favorite things to do in the winter. I love watching these dogs run, love the looks on their faces, the fierceness in their eyes. It reminds me of the way I feel when I’m trail running, carefree and unconcerned with the future. Running is one of the few times in my life when I’m living completely in the moment.

Dogs, of course, always live in the moment. But these dogs are special. You can see how much they love to run simply by the movement of their bodies, the grace of their legs hitting the snowy trail. They are strong and beautiful. Sometimes, watching them run past, I get tears in my eyes. Because it’s so beautiful to see these dogs run, to stand in the quiet woods waiting for the soft sound of a distant sled and then the surprise as another one appears, and then another. Some came one after the other and other times there were gaps of three or five or seven minutes between the teams.

Watching this year’s race was bittersweet. Next year we’ll be down in Tucson for the winter and I’ll miss the sled dog races, miss the snow flying, the dogs panting, miss all the memories that comes along with this, the memories of watching the races with my son when he was young, the memories of our dog, Beebs, who died four years ago and was part sled dog and looked like many of the racers. 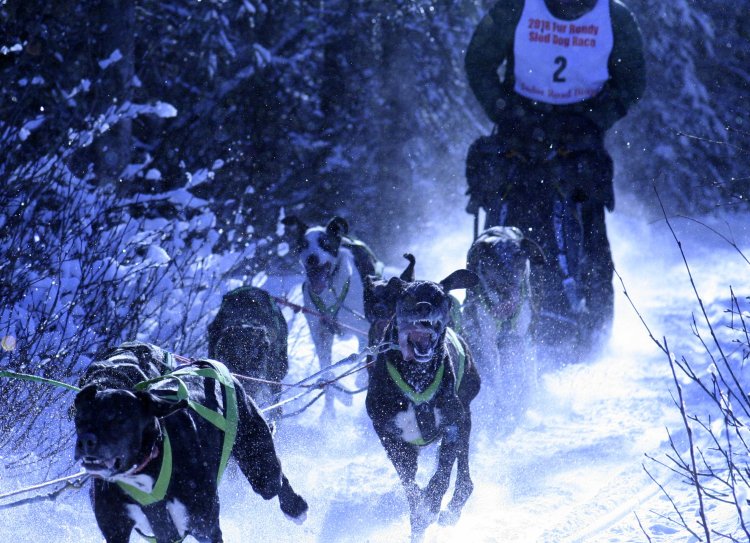 And I know it might sound silly but sometimes when I’m running out on the trails and I hit a rough spot and I still have eight or ten or twelve more miles to go, I think of these sled dogs and the effort it takes for them to race, and the determination, and how easy they make it look, and how beautifully their bodies move, and for some reason this helps me get past the rough spots. I suppose it reminds me to run with purpose, and with a fierce and good heart.

One thought on “Sled dog races”